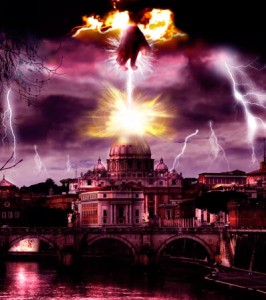 I try to steer clear of political discussions on the internet. But this, I couldn’t leave alone.

Some GOP candidate in Chicago has said in an interview that, among other things, Autism is a punishment from God because of abortions and allowing same-sex marriages. Read the article here.

As a father of two boys with Autism, this makes me furious.

First, we had all the anti-vaccine people saying our children’s autism was all our fault because we listened to the Doctors and had them vaccinated.

Then, we had the “Autism is due to diet” folks make us feel like dirt because of what we fed our kids.

And this doesn’t address the daily brow beating you get in public by people who don’t know your situation and just assume your child is acting out because you’re a lousy parent.

Now, we have some self-righteous politician telling us our children’s plight is due to us living in a society that believes in people’s right to control their bodies and choose who they love.

The funny thing is, it seems it’s never entered her mind that Autism could be due to gene mutation from all the chemicals that politicians have allowed to be put in our food and air. Perhaps it isn’t rights that are the problem, other than those granted to corporations to poison us for a profit.

And yes, there’s no definitive proof that even those things are the root cause of autism.

Truth be told, scientists and medical professionals are still considerable lengths away from finding a cause of autism. Though numerous recent studies are increasingly finding genetic links.

And guess what, every kid with autism is different. And every child with autism reacts differently to whatever treatments are tried. Some do show improvement with diet. Others with medication. Heck, I’ve heard of some showing considerable improvement through the use of marijuana.

This woman, and there’s others like her, is a disgusting example of some person being given a microphone and spouting entirely unfounded and uneducated crap. And worse, she might be put into government. What will she do when she’s there? How many rights and/or lives might be lost in her crusade to appease her god?

Look, I don’t want to keep ranting. I just want to say this; Autism is still largely an unknown and complex state of being. There are many who believe it a gift. But I know this, it isn’t a punishment from any God I have ever known or prayed to.

Keep this woman, and anyone like her, out of government. Don’t allow her to make decisions for you or your loved ones.

And full disclosure, I’m Canadian. Whether this lady gets elected or not means little to me outside of my considerable moral outrage.

I now return you to the regularly scheduled content of Lego videos, action figures, and wonderful books.