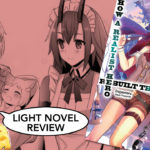 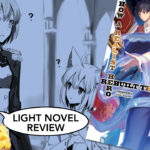 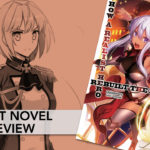 Review of the light novel How a Realist Hero Rebuilt the Kingdom Volume 2 by Dojyomaru.
While the first volume focused on economics and food, this one devotes itself to war!

When Souma Kazuya was summoned to another world to become a hero, he didn’t go on an adventure, he became the king of Elfrieden and took to governing instead. Using knowledge from his old world, Souma began to push forward reforms every day, but eventually there came a time when he would have to face the general of the army, Georg Carmine, who refused to soften his rebellious stance. When the plans of the neighboring Principality of Amidonia get involved, things move from the political arena to the military one.

Will Souma be able to safely bring this war to a conclusion?!

This amazing transferred-to-another-world internal-politics fantasy series is on its second volume!