Here are the Top 10 Light Novels in Japan for the week of March 26-April 1, 2018. Half the list is new this week, with a decent mix of light novels that we have, and don’t have, licensed in English. 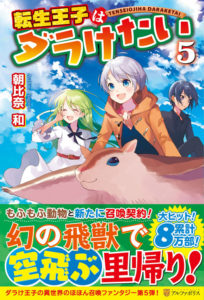 7,538 Copies Sold this week
aka The prince-reincarnated wants to slack off
No English license

Yoko Ichinose of college student woke up in a certain morning and was reborn to Phil Gresthhart, a prince of a different country from a small country. It is cramped by the reaction of the former world, I would like to spend my life with plenty of things from now on … I thought so. Summoned beasts who contracted for the first time are legendary beasts that are too ya who have the power to destroy the nation, and dishes and desserts that I made because I wanted to eat became talked about all over the country. How did this happen … I wanted healing this time when I went to the forest to get the Muslimp Summoned Beast, something stupid spider was struck, but what should I do? Well, this is not a place to live! 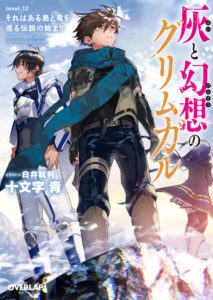 Hai to Gensou no Grimgar Vol.12

Why are we doing this…? When Haruhiro came to, he was in the darkness. Not knowing why was he here, or where “here” even was. With him were others who also remembered little more than their own names. What they found when they came out of the underground was a world that was `just like a game.” In order to survive, Haruhiro forms a party with others in the same situation as him, learns Skills, and takes his first steps forward into the world of Grimgar as a Trainee Volunteer Soldier. Not knowing what awaits him… This is a tale of adventure born from the ashes. 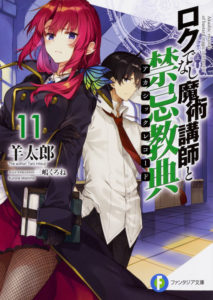 8,153 Copies Sold this week
aka Akashic Records of the Bastard Magical Instructor
https://www.novelupdates.com/series/akashic-records-of-the-bastard-magical-instructor/
No English license for the light novels.
The manga is licensed for English release by Seven Seas. Volume 3 releases in April.
Anime adaptation – 12 episodes. Licensed in NA by Funimation.

Sisti attends a magical academy to hone her skills in the magical arts, and hopes to solve the mystery of the enigmatic Sky Castle. After the retirement of her favorite teacher, the replacement, Glen, turns out to be a tardy, lazy, seemingly incompetent bastard of an instructor. How was it that Glen was hand-picked by the best magician in the academy!? 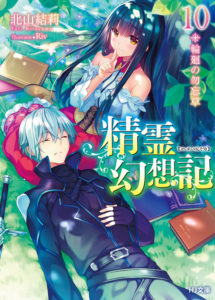 Amakawa Haruto is a young man who died before reuniting with his childhood friend who disappeared five years ago. Rio is a boy living in the slums who wants revenge for his mother who was murdered in front of him when he was five years old.
Earth and another world. Two people with completely different backgrounds and values. For some reason, the memories and personality of Haruto who should’ve died is resurrected in Rio’s body. As the two are confused over their memories and personalities fusing together, Rio (Haruto) decides to live in this new world.
Along with Haruto’s memories, Rio awakens an unknown “special power”, and it seems that if he uses it well, he can live a better life. But before that, Rio encountered a kidnapping that turns out to involve two princesses of the Bertram Kingdom that he lives in.
After saving the princesses, Rio is given a scholarship to the Royal Academy, a school for the rich and powerful. Being a poor orphan in a school full of nobles turns out to be an extremely detestable place to stay at. 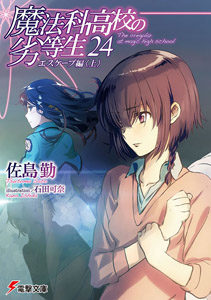 Magic.
It is a product of neither legends nor fairy tales, but instead has become a technology of reality since a time unknown to people.
Supernatural power became a technology systematized through magic, while magic became a technical skill. A “Supernatural Power User” became a “Magic Technician”.
Magic Technicians (in short, Magicians) are nurtured through Magic High Schools and Universities.
This is a story about:
A defective elder brother and low achiever.
A perfect, flawless younger sister and high achiever.
After both siblings entered a Magic High School,
The stage of daily turbulence was unveiled —. 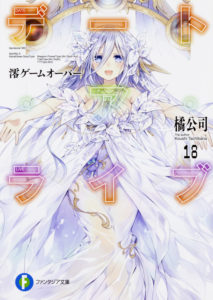 April 10th. Yesterday was the last day of spring vacation, so starting this morning it was a school day. After being woken up by his cute little sister, Itsuka Shidou believed that it would be the start of another normal day. As for predicting the chance meeting with the girl who called herself a spirit……
Along with a sudden shockwave, the townscape vanished without a trace. In a corner of the street which had now become a crater, the girl was there.
“?You, have you come to kill me too?”
She is the disaster that will destroy humanity, a monster of unknown origin, and a being rejected by the world. There are only two ways to stop this girl: annihilation, and conversation. His little sister Kotori, wrapped in a military uniform, thus said to Shidou: “Since it’s like this, just go date her, and make the spirit fall for you!” “Wh.. whaaaaaaaat!?” Enter a new age of boy meets girl!! 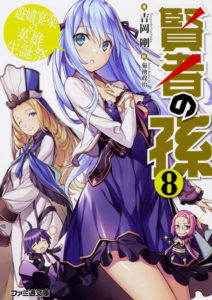 Thanks to various magic, the human race has been saved from calamity many, many times. Retaining his memories from his previous life, a boy, Shin, was picked up by an old man known to the world as a “Magi.”
Shin was brought up by the Magi, who had retired to a secular place, as his own grandson. With the memories of his past life, he absorbed the Magi’s craft and grew to be able to develop his own magic.
Then, the grandfather told him he has to become independent when he reaches the age of 15.
“Ah, I forgot to teach him common sense.”
The grandson who has grown beyond the level of normal people, lacked common sense; the common sense of the world. So to learn how to socialize, he goes to Earlshide Kingdom City to be admitted to Earlshide Advanced Magic Academy. 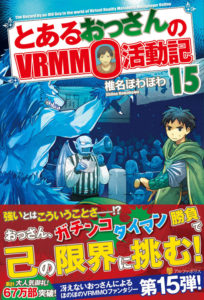 38-year-old Tanaka Daichi’s childhood dream of playing a VRMMO has finally come to life. As he creates his character, he decides to choose skills that are considered useless by others, since he has no interest in playing like a main character. Follow the adventures of Daichi as he strives to use his mismatched set of worthless skills to achieve his dream goal of simply being able to enjoy an alternate life in a virtual reality. 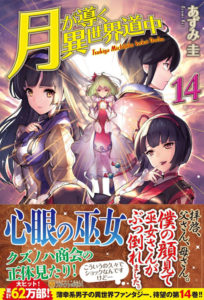 14,047 Copies Sold this week
aka Moon-led Journey Across Another World
https://www.novelupdates.com/series/tsuki-ga-michibiku-isekai-douchuu/
No English license

High school student Misumi Makoto is called into a fantasy world by the god Tsukuyomi, in order to be a hero. However, the Goddess ruling the world isn’t as thrilled to have him there, and kicks him to the edge of the world. Tsukuyomi declares that Makoto is free to find his own way after Makoto is abandoned by the other Goddess. 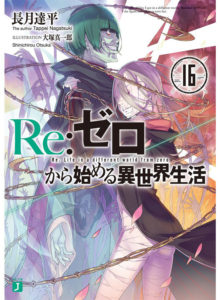 21,225 Copies Sold this week
aka Re:Zero Starting Life in Another World
https://www.novelupdates.com/series/rezero-kara-hajimeru-isekai-seikatsu/
Licensed for English release by Yen On. Volume 6 released February 27, 2018

Suddenly, high school student Subaru Natsuki has been summoned to another world on the way back from the convenience store. With the biggest crisis of his life being summoned to another world, and with no sign of the one who summoned him, things become even worse when he is attacked. But when he is saved by a mysterious, silver-haired girl with a fairy cat, Subaru attempts to return the favor by helping her track down something that was stolen from her. When they finally manage to get a clue, Subaru and the girl are attacked and killed by someone. Subaru then awakens in the place he was summoned and notices he gained the ability “Returns by Death” and has become a helpless boy that only has the ability to rewind time to a certain point by dying. Beyond the despair, can he save the girl from the fate of death?

Hope you enjoyed the list for this week! I’ll be back next week to see what light novels have topped the sales chart in Japan!