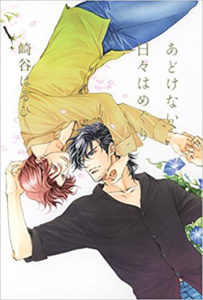 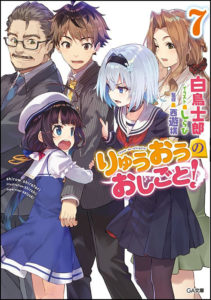 5,383 Copies Sold This Week
aka The Ryuo’s Work is Never Done
https://global.bookwalker.jp/de23be2c95-bbac-4cce-9177-50a9dc26073c/
licensed in English by Bookwalker (exclusive to them, in eBook format only)
12 episode anime currently airing. Streaming on Crunchyroll.

Open front door, and there’s a grade school girl sitting there–.
“I’m here to be your apprentice, as you promised!”
Claiming the Shogi World’s strongest title, “Ryuo”, at the age of 16, Yaichi Kuzuryu comes home to find a 3rd grade girl waiting for him, Ai Hinatsuru. A nine-year-old.
“Come again? …… Apprentice? Huh?“ 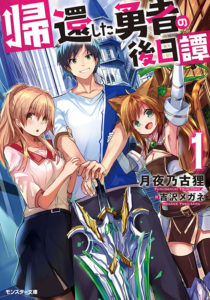 5,482 Copies Sold This Week
aka The After Story of Homecoming Hero
https://www.novelupdates.com/series/kikanshita-yuusha-no-gojitsudan/

Was a web novel previously. This is the premiere issue

In a fraction of a second, an university student, Kashiwagi Yuuya was summoned to another world and came back. Time didn’t pass in Japan, but Yuuya has completed the quest as a hero in another world and successfully returned. But to his surprise, he still retains his powers as a hero. Thus started the unordinary life of a hero in present day. 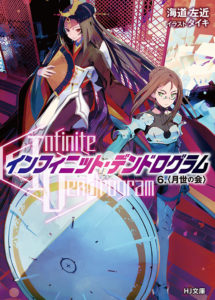 In the year 2043, Infinite Dendrogram, the world’s first successful full-dive VRMMO was released. In addition to its ability to perfectly simulate the five senses, along with its many other amazing features, the game promised to offer players a world full of infinite possibilities. Nearly two years later, soon-to-be college freshman, Reiji Mukudori, is finally able to buy a copy of the game and start playing. With some help from his experienced older brother, Shu, and his partner Embryo, Reiji embarks on an adventure into the world of Infinite Dendrogram. Just what will he discover and encounter in this game world known for its incredible realism and infinite possibilities? 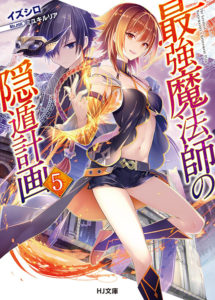 100 years ago, demons suddenly appeared and attacked humanity. At that time, normal weapons could not even scratch demons which caused the human population to decrease drastically. In order to protect themselves, humanity merged into seven countries. They managed to halt the demon’s invasion by their army implementing and using magic, but even now they battle with the demons to ensure the survival of humanity. On the forefront of the battlefield constantly risking his life, Ars Reigin finished his military duty at the mere age of 16, and requested his retirement. But the country cannot afford to let go of him. This is because among 100,000 mages, Ars stands at the pinnacle of them all as one of the single digit number 【Single Mages】 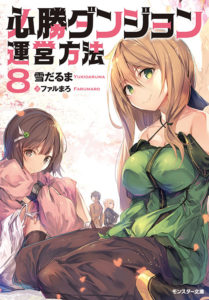 One day, on a sunny leisure day, a woman visited my house and asked me if was interested in managing a dungeon along with support offered from a goddess. But of course, I refused. Eh? I shouldn’t ignore a person in trouble, moreover if it’s beautiful woman? No way, that’s too bothersome, why do I have to do that? I’m perfectly satisfied with my comfortable life now, throwing it away is just overly stupid… …sigh, fine, so it’s go to another world, become a dungeon master, manage a dungeon and deal with the Mana circulation problem? Understood, but how to do it? 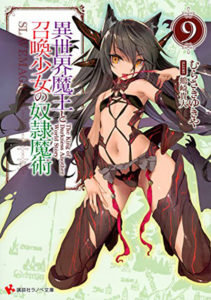 7,781 Copies Sold This Week
aka How NOT to Summon a Demon Lord
https://j-novel.club/s/how-not-to-summon-a-demon-lord
Licensed for English release by J-Novel Club. Volume 2 releases Feb. 19, 2018
An anime production was announced January 2018. Dates TBA

In the MMORPG Cross Reverie, Takuma Sakamoto is so powerful that he is lauded as the “Demon Lord” by other players. One day, he is summoned to a world outside his own– but with the same appearance he had in the game! There, he meets two girls who both proclaim themselves to be his Summoner. They perform an Enslavement Ritual to turn him into their Summon… but that’s when Takuma’s passive ability <<Magic Reflection>> activates! Instead, it is the girls who become enslaved! Though Takuma may be the strongest Sorcerer there is, he has no idea how to talk with other people. It is here he makes his choice: to act based on his persona from the game! “Amazing? But of course… I am Diablo, the being known and feared as the Demon Lord!” So begins a tale of adventure with an earth-shakingly powerful Demon Lord (or at least someone who acts like one) taking on another world! 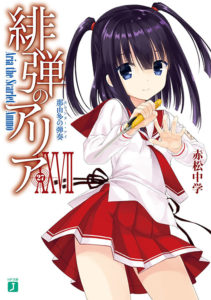 8,291 Copies Sold This Week
https://myanimelist.net/manga/12297/
http://www.novelupdates.com/series/hidan-no-aria/
aka Aria the Scarlet Ammo
The light novel looks to have been licensed by a company called Digital Manga Group, but only the 1st 2 volumes are available vie eBook with volume 2 released May 29, 2014

Tokyo Butei High school— It was a special school where armed detectives, also known as “Butei” are being brought up. Tohyama Kinji is a sophomore student who has the unique body which activates a “super mode” when it was stimulated by “something”. He tries to hide it to others in order to live a peaceful life. But trouble came to find him when he became a victim of a bombing incident, where he met the Butei high “Assault” department elite, Aria H. Kanzaki. 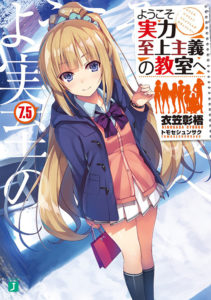 14,268 Copies Sold This Week
aka Classroom of the Elite
http://www.novelupdates.com/series/youkoso-jitsuryoku-shijou-shugi-no-kyoushitsu-e/
Anime adaptation 12 episodes aired July-September 2017 covered volumes 1-3 and used some material from 4.5. According to Reddit the anime made significant changes to the source material. Can be streamed via Crunchyroll
Currently no license for the light novel or manga English 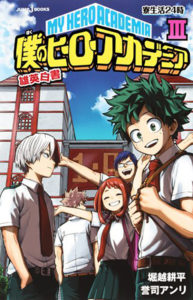 16,014 Copies Sold This Week
manga series being released in English by Viz
38 episode anime available in English streaming on Crunchyroll

Spin-off series with art by Kohei Horikoshi the creator of the My Hero Academia manga.
Appears to tell stories not depicted in the main manga series.

On an Earth-like world where people with superpowers known as “Quirks” (個性 Kosei) are the norm, Izuku Midoriya is a regular middle school student who has dreams of one day becoming a Hero despite being bullied by his classmates for not having a Quirk. After being the only one to try and save his childhood bully Katsuki from a Villain, the world’s greatest Hero All Might bestows upon him his own quirk “One For All”. The story follows Izuku’s entrance into U.A. High School (雄英高校 Yūei Kōkō), a school that cultivates the next generation of Super Heroes.