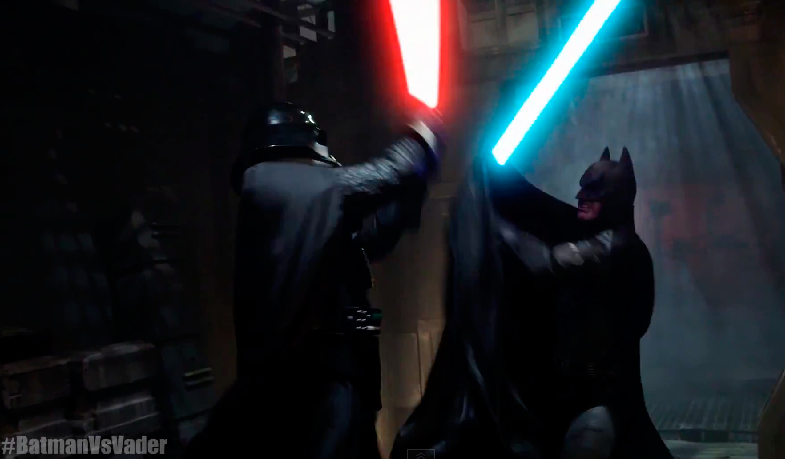 The new Star Wars trailer was released yesterday. In addition, we had a bootlegged version of the Batman v. Superman trailer leaked.

Now, I won’t pass final judgement on the Batman v. Superman trailer until I can see it in high definition as it was originally intended. The sound and picture quality of the phone-taped version is relatively poor.

Nonetheless, I know how watching these trailers made me feel.

Star Wars left me excited, full of wonder and desire. B v. S left me still unsure if this was a film worthy of my time.

In thinking about why I had such a different reaction, I’ve come to this conclusion…

Star Wars felt like a movie made by people who loved the source material and wished to be true to its spirit. Not only was this evident in how the trailer was put together, and the designs which look like natural evolutions of the old films, it was also the call outs to fans. Using Luke’s voice as the first we hear evoked obvious emotions. And the ending… “We’re home.” Gawd, the feels! All the right notes, just enough flashy visuals, but leaning more on emotive visuals and sounds (music and voice).

The Batman vs. Superman trailer feels like a movie made by people intent on forcing their own creative vision on classic characters. Odd, seeing how much the imagery owes to Frank Miller’s Dark Knight Returns, but I couldn’t shake the feeling these weren’t my Superman or Batman. There is nothing wrong with putting a personal stamp on things, but I felt no respect or love for the source material.

Of course, this could be because Warner Brothers seems intent on making their superheroes the “Dark and Gritty” ones to stand apart from Marvel. So blame may rest with the studio.

But I want to feel the love. Star Wars made me believe. If episode seven as a whole movie can capture just two-thirds of the feelings I had watching the trailer, it will be a worthy successor to the original series.

Batman v. Superman, well, I hope my feelings will be partially dispelled by watching the trailer in high-def with decent sound. But I don’t have high hopes.

Misgivings aside, seeing the huge response to these trailers, it feels like a wonderful time to be a genre fan (geek, fanboy, whatever you want to call me/yourself).

PS the image above is a still from a video on Machina Prime’s YouTube channel called, appropriately, Batman vs. Darth Vader