Another month, more light novels being released in English. Here are the light novels to look forward to reading in February 2017 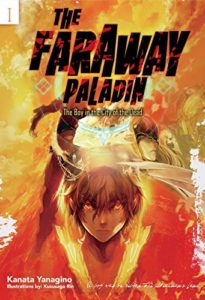 The Faraway Paladin Volume 1: The Boy in the City of the Dead

In a city of the dead, long since ruined and far from human civilization, lives a single human child. His name is Will, and he’s being raised by three undead: the hearty skeletal warrior, Blood; the graceful mummified priestess, Mary; and the crotchety spectral sorcerer, Gus. The three pour love into the boy, and teach him all they know. But one day, Will starts to wonder: “Who am I?”
Will must unravel the mysteries of this faraway dead man’s land, and unearth the secret pasts of the undead. He must learn the love and mercy of the good gods, and the bigotry and madness of the bad. And when he knows it all, the boy will take his first step on the path to becoming a Paladin.

“I promised you. It’s gonna take a while, but I’ll tell you everything. This is the story of the deaths of many heroes. It’s the story of how we died, and it’s the reason you grew up here.” 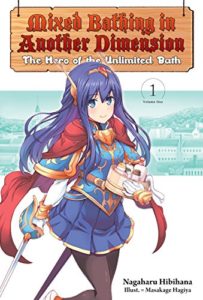 Mixed Bathing in Another Dimension Volume 1: The Hero of the Unlimited Bath

“How am I supposed to fight with this?!” After being summoned into another dimension as one of the five heroes destined to defeat a demon lord, Toya Hojo awakens his hero power only to discover that… it’s an unlimited bath?

He was blessed with the power to create a bath that can be accessed anywhere, which seems to spell doom for his quest to defeat the demon lord. As he recovers from his shock, Toya slowly discovers the unique features of his power, which allow him to use it in ways he’d never dreamed of…

But will he ever get any bath time with Haruno Shinonome, the beautiful girl who was also summoned along with him?! 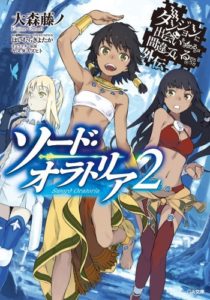 Is it Wrong to Try to Pick-Up Girls in a Dungeon? On the Side: Sword Oratoria Volume 2

A room bathed in crimson red blood, the air choked with the smell of iron, and a shattered skull atop a dead adventurers corpse…

Thanks to Aiz and crew, the tumultuous events of Monsterphilia ended without incident, and they were finally able to relax-but only for a moment. Soon, they find themselves embroiled in a suspicious case of murder. As they begin to investigate, the ladies soon realize that they’re getting involved with a killer that’s more horrifying than they thought.

In the midst of all this, they find a mysterious jewel that may connect to everything else. These events taking place above and below the surface will rock Orario to its core as the darkness lurking in the city bursts forth! 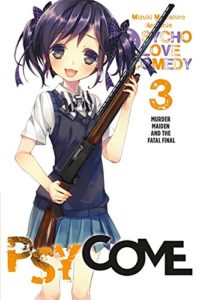 As the final exams for parole draw near, suddenly a transfer student appears! And the newcomer is none other than Kyousuke’s little sister, Ayaka Kamiya! Ayaka could not be happier with this reunion but Kyousuke is terrified. What’s more, he soon finds out that for the sake of meeting her beloved brother, Ayaka committed attempted murder. Considering Ayaka’s mental state, Kyousuke resolves himself to protect her from the pack of killers he calls classmates. But, if someone, let’s say Renko, were to find out that Kyousuke’s most important ‘Ayaka’ is his sister, there’ll be hell to pay… Facing dangers left and right, Kyousuke will have to be more resourceful than ever to get himself-and his sister-out in one piece. 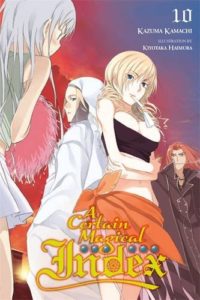 Seven days have passed since the start of the Daihasei Festival, one of the biggest events of Academy City. Everyone is participating–Seiri Fukiyose is helping coordinate the games, Komoe Tsukuyomi dresses for the part as she cheers for her students, and of course, famous Mikoto Misaka is blowing away the competition. Even Kamijou has appearances!

But a shadow has fallen across the celebrations: The Croce di Pietro. This magical artifact threatens the livelihoods of everyone Kamijou holds dear so he dashes off to try and bring Academy City back from the brink. But Oriana Thompson, the magician known as Route Disturb, and the Roman Catholic Church are determined to bring the bastion of science to its knees. Kamijou is going to need all the help he can get-and some luck for once wouldn’t hurt! 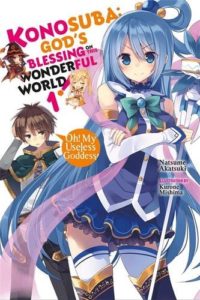 Game loving shut-in Kazuma Sato’s life as a young schoolboy in Japan abruptly comes to an early end…or at least it was supposed to. When he opens his eyes, though, he sees a beautiful goddess that offers him a once in an after-lifetime chance to be reborn in a parallel world. The catch is that the world is violent and threatened by a growing evil! Fortunately, he can choose any one thing to bring with him. So he chooses the goddess, Aqua! And so his adventure with his gorgeous companion begins–if he could just get enough money and food to survive, keep his goddess out of trouble, and avoid grabbing the attention of the Demon King’s army! 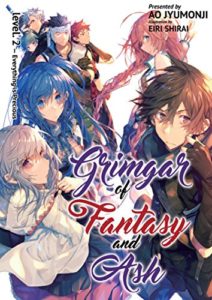 Grimgar of Fantasy and Ash Volume 2 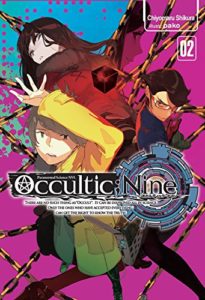 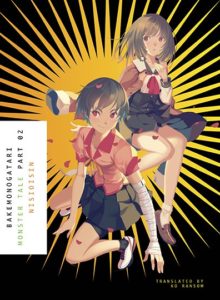 Synopsis not available yet.