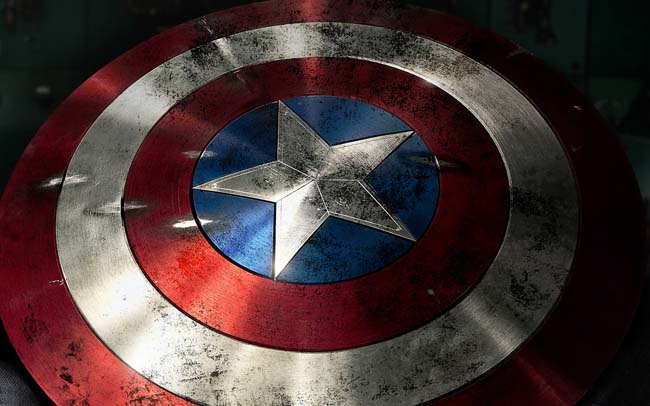 I’ve always been more of a Marvel fan.

In terms of Comics, Batman was the only DC character whose monthly issues I purchased regularly. On the other hand, I had numerous Marvel titles including the heavies, X-Men & Spiderman.

I never got into Captain America. To be honest, I always assumed he could never exist outside American patriotism. Since I wasn’t American, I wasn’t overly interested.

The first Captain American film was a surprise. An engaging every-man’s tale, it had all the things a movie needs to be decent; good directing, excellent casting, and a strong script. I admit it, I ate humble pie. Captain America’s tale was more than just American breast beating. It was a tale about a man who wanted to do the right thing, and when the opportunity came, he did the right thing.

Still, despite Marvel’s above average batting score on films, I had to wonder if Captain 1 had been a fluke.

Thor 2 dispelled some of those fears. After all, Thor seemed like even more of an unlikely film franchise, and I enjoyed both movies.

When the trailers for Captain America: The Winter Soldier came out, I was excited. It looked thrilling, an action feast.

I don’t want to spoil it, though I suppose most fans have seen it already, but now that I see how this played out, it’s so obvious Captain America was the only character on screen who could’ve told this story. Only Cap, with his patriotism, fight for the truth attitude, could possibly make this work. It also helps that of the current Marvel roster, Cap is the most human. He lives on the government dime, he’s stuck in his past while trying to figure out his future. He’s strong, fearless, and a master using a shield, but take that away, he’s very human. Stark without the suit is still brilliant and wealthy, Banner can’t exorcise the Hulk, and Thor is…well, a demigod. Captain America is a man with principles, and while his abilities allowed for some stunning action and fight sequences, he still bled, he still bruised, and he still felt every betrayal.

Some reviews have compared this film to the espionage films from the Seventies. They’re not wrong. Despite the action sequences, which were stunning, this movie had a lot of exposition, a lot of plot and twists. And funny enough, it actually did what many amazing Indie comics have, and continue to do, which is act as social commentary. Captain America has a message, and it’s timely. It made me think about our world and current society. It gave me pause, because its ideas weren’t all that implausible.

Unlike  Thor 2 and Iron Man 3, this film didn’t feel like a stopover while waiting for Avengers 2. It felt vital and refreshing. It left the Marvel films, and especially the TV show Agents of SHIELD, in a different, and thrilling, place.

Comic Book movies have often fell into a paint-by-numbers rut. Hero meets girl, girl (and world) get in trouble, hero saves both, teaser for the next film, The End.

Captain American didn’t do that. It broke a few of those conventions. And I’m going to spoil this… MINOR SPOILER… Cap doesn’t end up with Black Widow. Which I thought for sure they would angle for. I mean, every DC movie would have. But Winter Soldier manages to avoid it plausibly.

Yes, I loved this movie. Because it was everything I would want a movie to be, comic book based or not.

The Marvel Universe has been greatly altered, and it all hinged on Captain America. It’s awesome.

And my humble pie continues to be delicious.