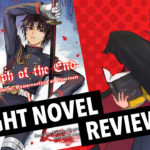 Review of the light novel Seraph of the End Guren Ichinose: Resurrection at Nineteen Volume 1
by Takaya Kagami .
Review is of the official English release from Vertical. Check it out on Amazon: https://amzn.to/3cYqNqo

Synopsis: After the events of Seraph of the End: Catastrophe at Sixteen… Guren Ichinose has committed a grievous sin—by bringing his friends back to life, he has violated the iron-clad taboo against human resurrection, and the Seraph of the End has brought the human race to its knees. The only survivors are demons and children, and those few who remain are threatened by rampaging monsters and callous vampires rounding up human beings like cattle. Faced with overwhelming despair, the survivors band together in hopes of reviving their world.
Tormented by the sin he has committed and unable to share the burden with his friends, Guren sets out on a new journey amid the ruins of the world he himself destroyed. But is he man or demon, savior or angel of death? Not even he knows for sure. 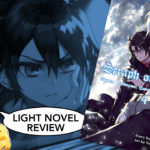 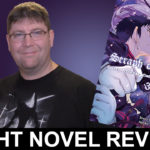 Not only Guren but his closest allies among the Imperial Demons have accepted forbidden power, and the merciless Hiragi Clan orders them to go after its once-favorite but treacherous daughter Mahiru. The vampires, however, are ready to show that no human faction stands a chance against them.

Christmas is ﬁnally here, an apocalyptic time of year for all good boys and girls. 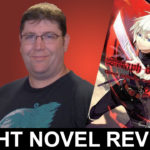 Guren finds his peers treating him in an altogether different manner now that he is a follower of Kureto Hiragi, the exclusive First Shibuya High School’s star student and powerbroker. Unbowed at heart, however, the Ichinose heir directs his clan to research forbidden demonic magic in preparation for the apocalypse. 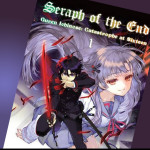 The apocalypse is not only near, but a certainty. Set before the event and the aftermath detailed by the hit manga, this stand-alone prequel light novel series chronicles the inexorable approach of the reign of vampires. Witness the trials of Guren Ichi­nose, who must hide his true strength even as he is trampled on at an academy for the insufferably privileged.