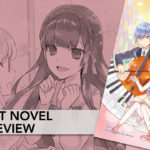 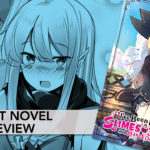 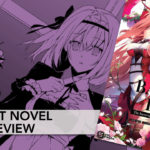 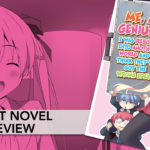 Click Here to watch it on YouTube
Review of the light novel Me, a Genius? I Was Reborn into Another World and I Think They’ve Got the Wrong Idea! Volume 1 by Nyun.

TITLE: Me, a Genius? I Was Reborn into Another World and I Think They’ve Got the Wrong Idea! 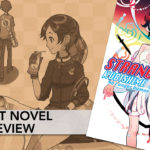 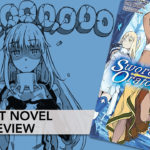 Review of the light novel Is it Wrong to Try to Pick-Up Girls in a Dungeon: On the Side Sword Oratoria Volume 2 by Fujino Omori 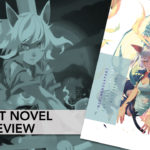 Launching into new territory that the author hadn’t mapped out when he embarked on the series, NEKOMONOGATARI (White) tells the tale of heroine Tsubasa Hanekawa from her own perspective, in her own voice—if that can hold true for a damaged soul who, depending on who you’re asking, suffers from a split personality or a supernatural aberration.

The bone-chilling brokenness of her household, where father and mother and daughter keep three separate sets of cookware in the same kitchen and only ever prepare their own meals, and the profound darkness nurtured in the genius schoolgirl’s heart, come to life, if that is the word, through her self-vivisection.

As for our customary unreliable narrator, Araragi, we seem to learn revealing tidbits about him now that we have an outside view of him at last, while his lady friends Senjogahara, Hachikuji, et al, freed from his predilection for proudly inane banter, show subtly new faces to us via their female interlocutor. Welcome to the Second Season.